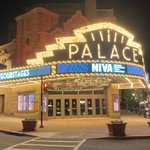 The Palace Theatre in Albany, New York, was one of the first venues to receive an approval notice on May 27, only one day after SBA Administrator Isabell Guzman testified before Congress that awards were rolling out. The 2,800-capacity venue is located across the street from Senate Majority Leader and SVOG advocate Chuck Schumer’s office in the New York state capital.

Palace Theatre director of finance Julia Elbaum tells Billboard that the venue was in the Priority 1 group of venues that lost 90% or more of their revenue between April and December 2020 and was awarded the full amount it requested. Elbaum says she signed the award letter and a disclosure form Thursday evening. Roughly 24 hours later, she was sent a tutorial video that all recipients are required to watch.

“I watched [the tutorial video] yesterday because I knew I wasn’t going to get funded on Memorial Day,” Elbaum says. “I could see that there had only been 53 views. That was very telling, because assuming that none of those were the SBA people, that’s how many other venues had clicked on the link.”

According to Elbaum, once she completed the tutorial, she was informed that the venue would receive the first of their funds the next business day.

“Today, it still says the award is scheduled. We haven’t received the payment yet,” says Elbaum. “I’m hopeful it will come tomorrow or Thursday.”

NIVA stated that several members have received award notices, though no National Independent Talent Organization (NITO) members have confirmed receipt of one at the time of publication.

“One can imagine the relief we felt to hear Administrator Guzman testify last week in the House and Senate Small Business hearings that funds were going out to eligible recipients,” says NITO vp Nadia Prescher. “We recognize the laborious task that the SBA has taken on this year. We are incredibly appreciative and look forward to any communication this week that backs the SBA’s timeline commitment. However, as of the afternoon of Tuesday, June 1, no one in our particular membership, that we are aware of, has received any funds or even a notice of award confirmation yet.”

As of last week, the SBA has received more than 13,000 applications for the gran, totaling approximately $11 billion in requested funds. That leaves roughly $4 billion for supplemental grants for independent venues, promoters, talent agencies and other cultural institutions. The process to apply for supplemental grants will begin after all initial grants from priority groups 1–3 are processed.

Which Is Your Favorite BTS Billboard Hot 100 No. 1 Hit? Vote! Next