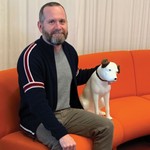 When Napster cropped up, I imagine your life got very busy.

It changed considerably. A good part of my time back then was spent understanding how Napster worked. And doing demos and trying to lay it out in easily understood terms so other people could understand.

Back then, how much of your job was teaching non-tech-savvy record executives what Napster, MP3s and even the Internet were?

I did a demo for an executive in the entertainment industry: “Here’s how you install Napster, here’s where all the songs are listed, here’s what the categories mean.” This individual stopped me and said, “I need you to step back, because what I’m trying to understand is what that little thing is that’s moving across the screen.” That little thing was the mouse pointer.

Now that streaming has neutralized much of the peer-to-peer and file-sharing piracy, what content-protection issues are you working on today?

Prerelease piracy has moved to a much more sophisticated and insidious approach. Instead of trying to find a CD from some friend of a friend who works for a magazine or record store, it’s trying to hack into an artist’s email account, social network systems, cloud storage, home computers, recording studios, lawyers, managers, publicists, even family members. In the Napster era, people would leak things for bragging rights. Now these folks are doing it for money — or cryptocurrency, actually.

How do you defend against it?

Trying to help labels and artists understand it doesn’t benefit anyone to be sending an unmastered release to another person via a Gmail account or storing it on an unprotected Dropbox account and passing on a link.

How big of a problem is stream-ripping?

I’m optimistic that it’s slowly going down. We’ve sued, and those lawsuits have been very highly publicized, but the stream-ripper sites are trying to evade our protection efforts, changing their domain names in some minor way so they can bubble up to the top of the search results. It’s a constant cat-and-mouse.

Since 1997, how has the record industry’s attitude toward LGBTQ+ issues changed?

Very progressive and becoming more so. To be able to protect content for artists like Lil Nas X who have been very open, very out, I’ve found it personally gratifying.