Here, Hamad discusses what went into the rollout and release of such a big album, Cole’s ability to continue breaking new ground and how management has evolved in the decade since he and Cole made their breakthrough in 2011.

J. Cole’s The Off-Season became his sixth No. 1 album on the Billboard 200. What key decisions did you make to help make that happen?

I don’t think it’s any one decision that I would sit here and take credit for personally, because every decision is made together with Cole. The way Cole and I have grown to work together, we talk about every decision before we press go. It’s very collaborative and I think he pushes me to always push myself and come back with better ideas, the same way I try to push him in certain areas. Whenever an idea comes in that we all like, we push it and see how far we can take it.

All 12 of the songs on the album hit the top 40 of the Hot 100, while four of them debuted in the top 10, tying a record, including “my.life,” the highest-charting song of his career. What did you do differently this time to make sure this album’s individual songs had such a big impact?

I think what we did differently this time is make the rollout and the moment leading up to the release feel so big and interesting, so that it made not only Cole fans but just pop culture in general pay attention. Once you do that, the music does the rest of the work and I think this is Cole’s best work, which is what led to such a big reaction.

Cole also tops a slew of other charts for the first time, including the Hot 100 Songwriters chart, the Streaming Songs chart and both the R&B/Hip-Hop Songs and Hot Rap Songs charts. Ten years after his debut album, what does it mean to continue to be breaking new ground?

It’s obviously great to make history. It speaks to the reach of the music, especially since Cole does it with a 12-song album and not, like, 20 songs. At the same time, I know how quickly the game changes and I’m sure that record will get broken by the next big release. It speaks more to where our genre is and how big of an impact hip-hop has right now. The goal, though, is never the numbers. It’s more about how far we can push ourselves creatively. If Cole does what he does at the highest level and we as Dreamville can do what we do at the highest level to push it out, then the numbers will reflect exactly how much the music is able to impact people.

You guys set up the album with the Applying Pressure documentary, a new Puma collaboration and a social media push. What goes into a great rollout campaign these days, and how did you approach this one in particular?

For me, what goes into a great rollout is being able to give the fans insight and perspective on where the artist is at this point of his life and why this music is coming. It can’t be just, “Here’s music because here’s music.” Cole has such a connection with his fans that they grow with him and for them to see where he is and just hear his perspective goes a long way for the music. The documentary was that, so was the Slam cover story and even going as far back as the Players Tribune piece in July. Everything offers perspective that makes the fans that grew with him want to hear what’s next and that’s important to us and has always been a part of Cole’s growth.

It’s also a lot of real-time adjustments that happen too now with our rollouts because the game moves so fast.

Dreamville and Apple also recently partnered with the Marcus Graham Project to sponsor 12 individuals in its marketing and media bootcamp. Why is that important to you guys?

This is important to us because we all started as these kids looking for opportunities and not knowing how or where to get them. The Dreamville team ran point on this and was led by Candace Rodney on that partnership and I think it’s going to be a great opportunity for young creatives that are looking to be able to work with a company like Dreamville, but also more importantly just to learn and get better at what they do.

After a decade in the music business, how has being a manager changed or evolved through the years? What is required now that wasn’t when you started?

So much has changed it literally feels like it’s a new industry every couple of years. In the decade-plus we’ve been doing this, we’ve watched the game go from physical CDs and a little bit of iTunes, to iTunes with a little bit of CDs, to iTunes and a little streaming with CDs dying, to a point we are now where it’s basically just streaming, especially in our genre. That alone, plus the amount of music that’s constantly coming out every week, changes everything about how you release and promote music. We’re blessed that we’ve been able to adjust every step of the way. You can’t do what worked the last album release ’cause things are so different. I think the reason we’re still here and doing it at a higher level than ever is because we’re students of the game and understand what we need to do to merge who we are and how we connect with our fans with what’s happening in today’s game. That’s important for growth. 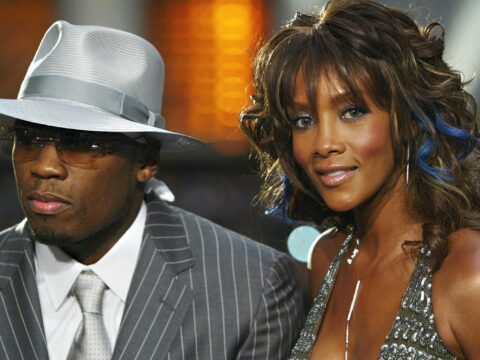 Here’s What 50 Cent Thinks of Ex-Girlfriend Vivica A. Fox Calling Him the ‘Love of My Life’ Previous 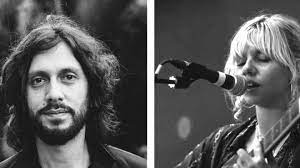