Born in 1939 as Maria Ilva Biolcati in Goro, a Po River delta town, she adopted the one-word stage name Milva. Along with Italian singers Ornella Vanoni and Mina, another performer who used a first name only, Milva was considered one of the greatest Italian popular female singers.

Milva sold some 80 million records, the LaPresse news agency said, and recorded 173 albums. She was nicknamed “Milva the Red,” for her voluminous red hair as well as “the Panther of Goro” for her vitality.

Germany, France and Italy all honored her with national awards. Milva also had a following of fans in Asia, particularly in South Korea. She appeared 15 times at the San Remo festival, the annual contest to promote Italian songs, joking after her 12th time that she never would win.

One of her hits was the song “Alexander Platz.” Composed by Italian songwriter Franco Battiato in 1982, it explored love in divided Berlin during Cold War times, with its name taken from the famous Berlin square Alexanderplatz.

Italian President Sergio Mattarella on Saturday praised Milva as a “cultured, sensitive and versatile interpreter, much appreciated abroad.” He extended his condolences to her family.

Milva, who announced her retirement in 2010 after more than a half-century of performing, lived in Milan with a daughter, Martina Corgnati. The singer’s former husband, Maurizio Corgnati, was a TV director who died in 1992.

Music critic Mario Luzzatto Fegiz wrote in Corriere della Sera that among Milva’s many talents was the uncanny ability to sing just about any kind of music in any language after listening to it just once.

“She worked by memory,” Luzzatto Fegiz recalled. “In German, she wasn’t even able to order breakfast.”

Milan’s Piccolo Theater Strehler said it would host a wake on Tuesday in its foyer and that Milva’s funeral to follow will be private. In a Facebook post, the theater paid tribute to her, saying she was an “indominable, sensitive, passionate woman, an artist all heart and voice.” 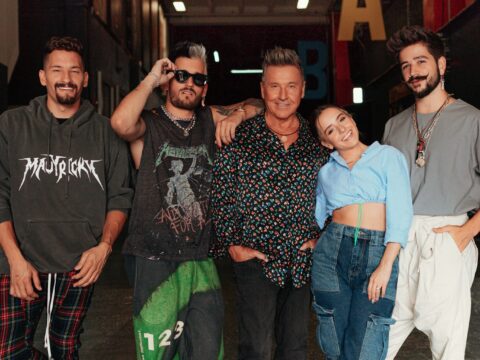 What’s J. Cole’s Gamer Tag? Young Thug & Gunna Made Him A ‘Call Of Duty’ Fan Next