K. Flay is not holding back on her latest song and upcoming EP. “Four Letter Words” from the upcoming Inside Voices EP is filled with the kind of no holds barred attitude you might expect given the song’s title. It’s the first taste were getting of new music from K. Flay’s more rock-leaning EP that includes guest turns from Tom Morello and Travis Barker.

“Four Letter Words” was birthed from a real life moment with K. Flay kicking off the story explaining in the first line, “I drank a liter of tequila in my bedroom, it’s taking every ounce of power not to text you” while a catchy fuzzed out guitar line backs her.

“So many of us go through life trying to be polite, and then we reach a breaking point,” she says. “When we were recording ‘Four Letter Words’ it felt kind of scary to allow myself to go there—but there was liberation in it too.”

Helping to portray the turmoil of the moment, K. Flay is joined in the video by two animated characters – IV (representing the ‘id’) and OV (representing the ‘superego’) – that wreak havoc on her psyche. If you like the song, it’s currently on streaming services here.

In keeping with a more forthcoming and brutally honest theme, K. Flay is serving up five new songs on the Inside Voices EP. And helping her to get a little angst and aggression out are special guests Tom Morello who turns up with a blistering solo on “TGIF” and Travis Barker pounding away on the drums for “Dating My Dad.”

“So often we keep everything bottled up,” said K.Flay about the forthcoming EP. “Inside Voices was a way for me to exorcise some demons and safely express these uncomfortable but very human emotions I was feeling.”

Inside Voices follows on the heels of K. Flay’s Don’t Judge a Song By Its Cover set in which she provided fresh arrangements to remakes of Green Day, The Offspring and Limp Bizkit songs.

The EP is set for a June 11 release via BMG. K. Flay will also hit the road in early 2022 to support some of her newly released music. Dates can be found below and you can get tickets here. 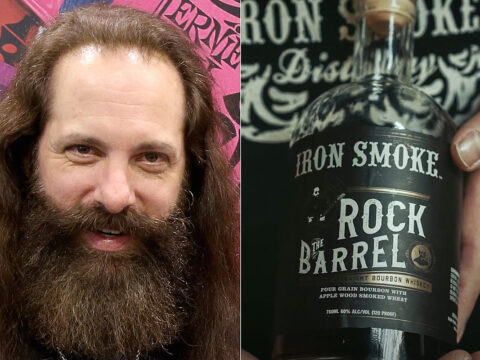 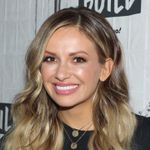 Carly Pearce Gets an Early Birthday Celebration Next